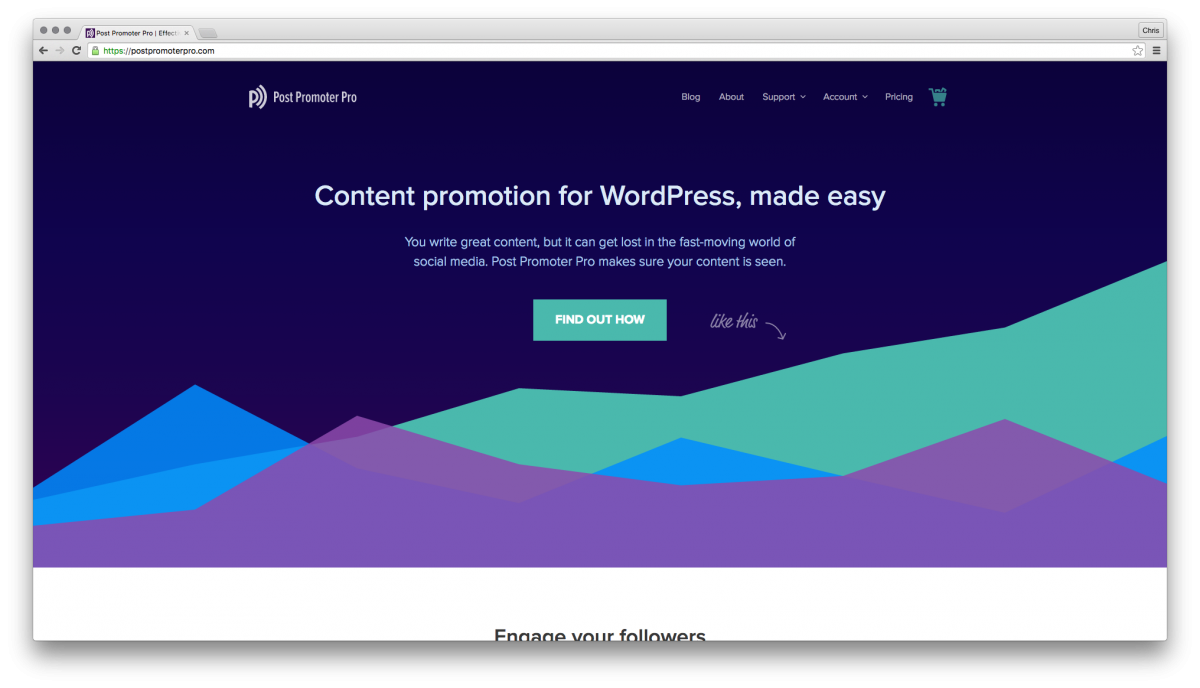 I’m beyond excited to be able to write up this blog post. It’s been a long time coming on multiple fronts. First off, if it’s not obvious, the Post Promoter Pro website has gotten a facelift. The old site was drab, gray, and didn’t convey a strong message. After some extremely deep efforts from my friend Andrew (Sumobi) Munro, Post Promoter Pro has an actual ‘brand’. I cannot thank him enough for helping me out with this and really ushering in the next phase of Post Promoter Pro.

Some of you may have noticed an update available in your WordPress admin as well. Version 2.3 was released at the same time as the rebranding. It contains a number of bug fixes and some pretty awesome features that also open things up for great things in the near future. To address the elephant in the room (if you’ve been watching the development of version 2.3 on Twitter), no the ‘calendar view’ didn’t make it into this release. There were a number of bugs and user interface decisions that need to be made before I think it’s ready for you all to use. It’s still on the roadmap, but it has to be done with absolute intent as to make sure it performs as well as it possibly can for you.

Now, when composting your shares for the two networks, you’ll have the options to share the item on publish, share it after it’s published, or not share it at all.

As you use Post Promoter Pro to continue scheduling Tweets, the list can sometimes get long and cause a you to scroll quite a bit. Now, as soon as a Tweet is sent, it’s “archived”. You can easily view past Tweets (and hide them again) with the ‘Toggle Past Tweets’ button that will appear.

Things change, quite often in the social media world. The recommended image sizes were increased recently, so this has been updated in Post Promoter Pro as well.

Some other changes you may notice:

A couple of things you won’t see, at least in the obvious sense:

So there you have it! It’s a big day for Post Promoter Pro. I’m very proud of what it’s become and where it’s heading, and I cannot thank my customer’s enough for all the feedback you’ve been providing me.